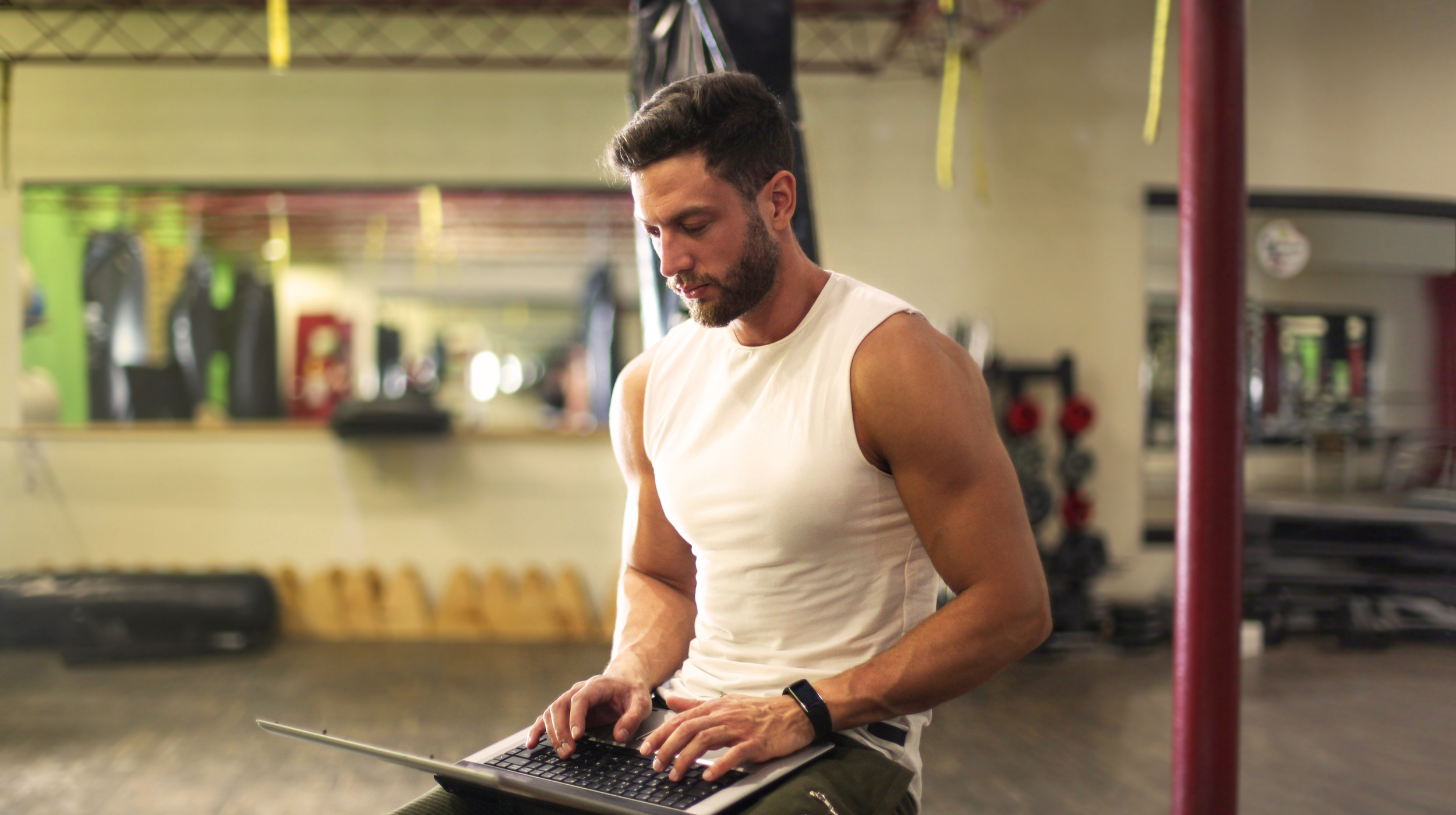 What are the Best Online Workout Programs for Skinny Guys?

What are the Best Online Workout Programs for Skinny Guys?

These days information is very easy to find on almost any topic. The internet has made all of recorded history accessible to anyone with a smart phone or computer. This is great, except it can be a bit dizzying and it can make us feel overwhelmed with information. This is especially true when it comes to fitness. Look up any fitness goal and try to find a corresponding workout routine and you will instantly get hundreds of programs, all of them promising amazing results. This is even true for programs that promise to pack muscle mass on those of us who are skinny hardgainers. Although being naturally skinny and having a very hard time gaining weight isn’t as common as having trouble NOT gaining weight, finding a good mass building program can be very confusing and frustrating.

Which workout program is the best? Which one actually works for guys who have roaring fast metabolisms, are skinny and who can’t gain weight no matter what they do or how much they eat? Of all of the online workout programs available, which is best for SKINNY GUYS? Luckily for you I searched for the best mass building program for hardgainers for DECADES. I did this because I am just like you. I am a hardgainer.

When I first picked up a barbell in the 90’s, the only place to find workout routines were the bodybuilding magazines. Flex, Muscle and Fitness, Ironman, Muscle Mag and Muscle Media 2000 were the most widely circulated. I bought ALL of them with my hard-earned minimum wage money (I washed dishes at a pizzeria) and I scoured them for the latest workouts and advice that could help me pack on some muscle mass. I was a very motivated new lifter.

Growing up I was painfully skinny. I was the classic hardgainer who’s body wouldn’t gain a pound under almost any circumstances. If you look at pictured of the now discredited somatotypes of ectomorph (naturally very skinny, low muscle and low fat), mesomorph (naturally muscular, lean and athletic) and endomorph (naturally heavy and gains weight easily), I was pretty close to the picture of ectomorph. My goals with weight training were not to get leaner or improve health. All I wanted to do was BUILD muscle and gain some mass. The routines I looked for had to be marketed for that explicit reason. Not fat loss, not anything else. I wanted muscle and weight gain workout programs.

Unfortunately, the programs I initially found didn’t help me that much. Sure, I gained some muscle but it was barely noticeable and it felt like it took FOREVER. Most of these programs were 5-6 day a week routines, they were body part splits (routines that have you hitting one or two body parts a day) and they advocated for lots of volume and intensity. They sounded good and the muscular people promoting looked like they knew what they were talking about, but I instinctively knew something was missing. I felt like my body could do a lot more.

The first routine that piqued my interest was a program called “Heavy Duty.” It was written by a controversial bodybuilder by the name of Mike Mentzer. He was well known in the bodybuilding world for a few things. One was his physique. It looked massive yet chiseled and granite hard. His muscles had a unique and powerful look to them. The other thing he was known for was his protest over the results of the 1980 Mr Olympia. That was the year Arnold (yes that Arnold) had made his comeback to the bodybuilding stage. That year Arnold came back considerably less muscular than his last win in 1975 and in 1980 and Mike Mentzer was considered one of the favorites. Arnold won that competition but many people thought he should have lost and rumor has it that Mike Mentzer and him almost came to blows backstage. The MAIN thing Mike Menzter was known for though was his unique training philosophy.

His workouts had CONSIDERABLY less volume and exercises than most body builders. In fact, some of his routines had him doing only ONE SET per body part. The difference was the intensity. He believed that all you had to do to set the muscle building process in motion was to hit a muscle group hard enough to stimulate muscle adaptation (the building process) and that any further work only caused unnecessary damage that resulted in longer recovery time.

I bought his book and followed the Heavy Duty workout and was initially pleased. I went from doing 15-20 sets per body part to only one super intense set that I took to failure (could not perform another rep at all). Over the course of 5 weeks I got stronger and gained a few pounds of muscle and was ecstatic. I finally found the secret!! Unfortunately, I was totally wrong. After 5 weeks my body stopped responding and NONE of the advice that Heavy Duty recommended worked anymore.

At this point I decided to look in a place I had never looked before. I looked for OLD TIME muscle building routines pre 1950. I figured the old timers might have different approaches considering they didn’t take steroids (steroids didn’t get widely used until the 1960’s). Their routines worked on their natural bodies and since I was natural I figured that those routines may work better on me as well. After all, the routines I had followed up until this point were advocated by steroid users.

I looked up the routines of guys like Steve Reeves and John Grimek. Both guys were extremely muscular and strong but they didn’t have the extreme steroid look of the current bodybuilders. When I saw their routines, I was a little surprised. They looked basic. The exercises they did were mostly compound barbell movements like squats, rows and presses. No weird exercises and no machines or cables (makes sense since machines and cables weren’t in gyms until much later). What was really strange was that they only worked out 3-4 days a week. Stranger still, they hit the WHOLE body in each session. No splitting of body parts during the week. The strangest part was they advocated for PRACTICING movements rather than hammering the body. The advice was to workout hard, but to leave some reserves in the tank for the next full body workout.

I had nothing to lose at this point so I tried their programs. The results were astonishing to say the least. This period of my training was the longest plateau free period of my training career up until that point. For at least 6 months I got stronger, hit new personal record lifts in the gym and I gained around 12lbs of mass which was amazing considering my genetics made weight gain impossible. Alas, my body eventually stopped responding to even this approach and I was stuck again. At this time, I probably weighed about 175lbs at 6 feet tall. A huge improvement for me, but still far away from my goal of reaching 190-200lbs relatively lean.

The following years I kept learning. Since building muscle and gaining strength are results of the body adapting, I studied the body’s systems of adaptation to see if I could gain any insight. During this time, I was also a professional personal trainer and gym manager. I also closely observed my clients progress and learned from how their bodies responded. Many of my clients were skinny ectomorphic types and that became my expertise.

After years of training myself and years of training regular people I started to piece things together. Natural hardgainers need more frequent muscle stimulation. Hitting each body part once a week did not work. Today studies confirm this. I also noticed that intensity was an important factor but too much intensity like training to failure was too much, especially for the ectomorph clients. I saw that free weight compound movements were vastly superior to machines and isolation exercises. For example, if a client got stronger at squats they would gain much more muscle than if they got stronger at leg presses and especially over isolation movements like leg extensions. Finally, I saw that MOST rep ranges built muscle so long as my clients didn’t stay in them for too long. The average time to switch out of a rep range was 3-4 weeks. I applied all this to myself and saw the best results of my life. My gains were consistent and I felt like I finally figured things out.

The last big “aha” moment came when I noticed that my blue collar hardgainer clients had some interesting body part development. My plumber and mechanic clients who were otherwise skinny had muscular and strong forearms. My mail carrier clients who were also ectomorphs all had defined and muscular calves. I realized that small bouts of muscle stimulation done very frequently could also build muscle. And since these small bouts of frequent muscle stimulation didn’t cause muscle damage, I could add them to most routines. The trigger session concept was created and the I had found the last piece of the puzzle. Everyone now built considerable muscle and I personally could maintain a lean body weight at over 200lbs.

This was the birth of the program I created in 2012, MAPS Anabolic. In it I applied everything I had learned through my decades of personal experience building muscle on my stubborn body and through my decades of training hundreds of clients personally or thousands through trainers that worked for me. MAPS Anabolic has workouts that are phased so that rep ranges are cycled through appropriately, the routines foundation are full body workouts based on the most effective free weight movements and intensity is appropriately applied. Its easily the most effective muscle building program for skinny hardgainer types that exists. As of the date of me writing this article tens of thousands of skinny hardgainer ectomorphs have purchased MAPS Anabolic and I get hundreds of emails a week praising the program. Men who thought they could never gain muscle are now some of the more muscular guys in their gyms. Previously skinny guys are hitting personal records in their deadlifts, bench presses and squats. MAPS Anabolic combines the various muscle building truths of past programs t in ways that makes muscle building common rather than a rare occurrence. The bottom line is that MAPS Anabolic works and will help anyone ans especially ectomorphs gain strength and muscle at the maximum speed genetics will allow.