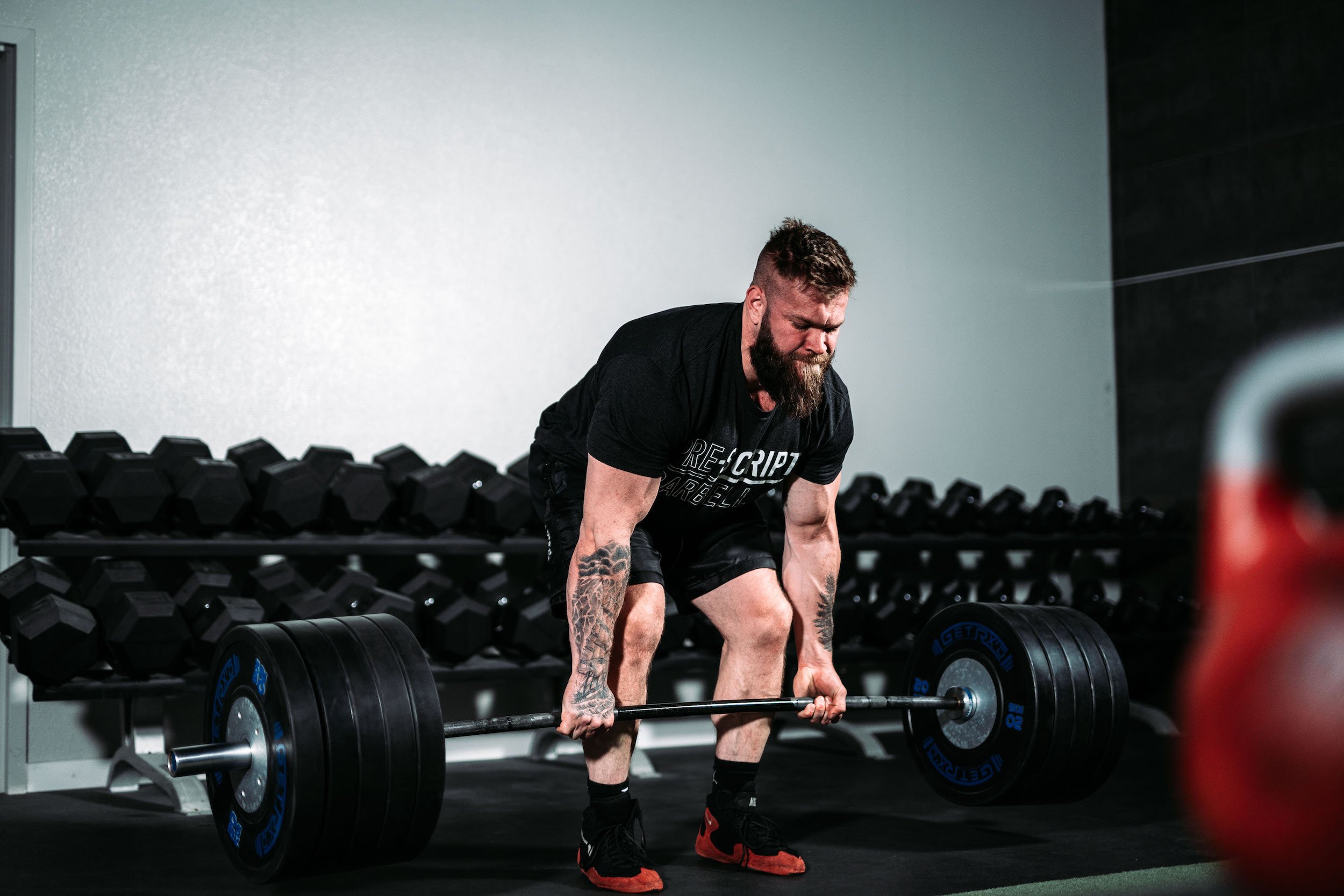 Powerlifting has grown immensely since the squat, press and deadlift reemerged on the scene with the rise of CrossFit in the late 2000s. Fast forward to 2020, The popularity of the power lifts (Squat, Bench, Deadlift) far exceeds the sport itself. With squat racks and deadlift platforms being staples in big-box commercial gyms.

This popularity paired with the accessibility of what was once seen as niche equipment has drastically minimized the barrier of entry for people to be performing powerlifting movements. This has helped break the stigma around what always has been extremely effective and economical.

With all that being said there are precautions that should be taken for those looking to pursue the endless benefits of these barbell movements, here are a few stepping stones for each movement that will help you acquire the base-level skills needed to make seamless progression in each lift.

The low bar squat is a very specific variation of the squat which minimizes bar travel and maximizes leverages in pursuit of moving the greatest amount of weight possible.

In order to make sure this movement is performed in a manner in which is both safe and effective there are a few movement check-lists, we should tick-off before the bar gets low.

Upward rotation of the scapula is a movement performed primarily by a muscle called the serratus anterior, an integral part of our shoulder complex. So if bench pressing is going to become a staple movement in our programming we need to consider keeping this serratus active.

The KB windmill is one of the most efficient and effective bench press prerequisites. It requires a range of motion in thoracic extension and rotation as well as a stable serratus anterior to ensure a rock-solid shoulder blade.

When performed correctly and frequently this movement acts as a great complement to a bench press in a program.

“Don’t deadlift, it’s bad for you back”

If I had a dollar for every time I heard this phrase, I frankly wouldn’t be recording podcasts on the internet anymore…

The problem with this commonly cited piece of gym lore, is that in the majority of cases it actually reigns true. But the deadlift is a little like a gun, it doesnt kill people. People kill people, more specifically stupid people kill people.

When it comes to movement prerequisites to make sure that the deadlift is an effective and safe tool in our arsenal of exercises we need to look to one muscle group and movements that reign supreme.

Often times when looking at the stability of the spine we can get lost in the endless maze of “rehabby” core exercises. But when it comes to the deadlift we need to take an Occam’s razor approach. The simplest answer is likely the right answer.

If we think about the unique mechanics of the deadlift we quickly realize that the lats play an integral roll in the success of the lift. And it’s here where we start to create a hard stop when it comes to movement prerequisites

Simply put, if you can’t do a bodyweight pullup, you have no business doing a barbell deadlift. If those same lats you’re going to be using to stabilize your spine in a deadlift cannot stabilize and move your own bodyweight, then you are not far along in your continuum of strength to have earned the right to barbell deadlift.

The popularity of the squat, bench and deadlift has been one of the most polar shifts in public perception around lifting trends in the last 25 years.

Three exercises that were once demonized, destined to a niche existence for those ”hardcore” lifters are now celebrated and easily accessible for the general public to perform. As we move forward into the next 25 years the inclusion of these exercises will continue to raise the standard of knowledge around training and health.